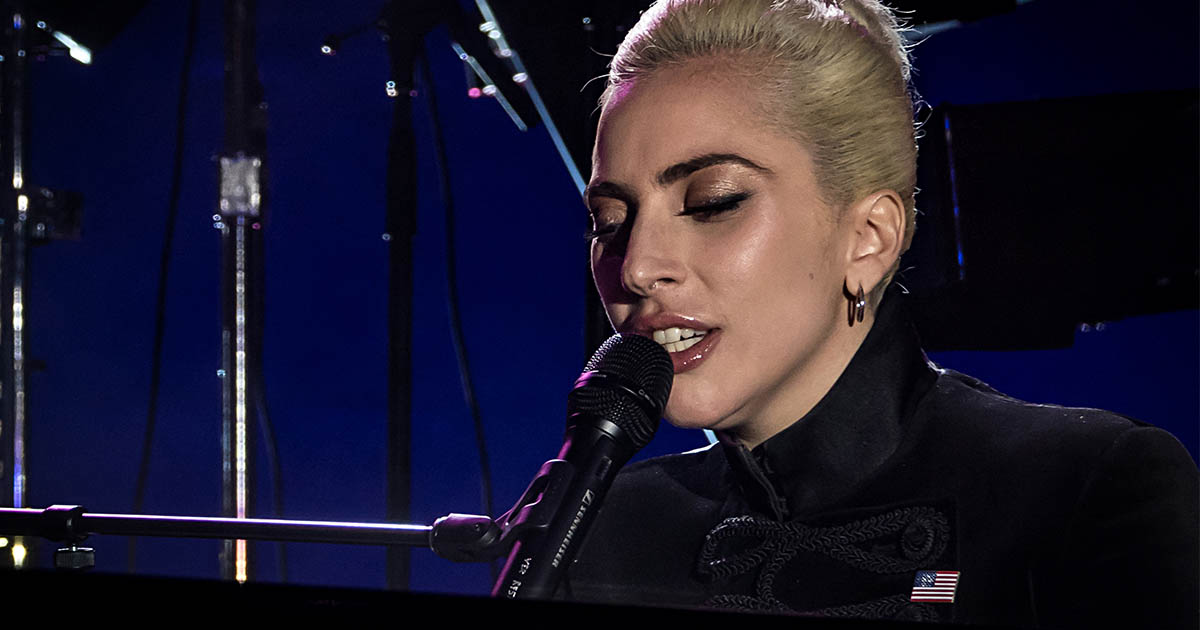 13 Quotes About Depression and Overcoming It

Depression can make a person feel very alone, but you are not alone. Even important and influential people throughout history have suffered from depression and felt as lost and as confused you do and have.

Here are quotes about depression by 13 famous people - dead and alive - who have suffered from depression, and have managed to accomplish and overcome so much despite it. If they can do it, so can you!

So don't give up because there are ways to cope with your depression, traditional, alternative and natural ways to help manage depression, and numerous resources – individual or group therapy, support groups, online forums, and more – to help you along the way.

“There are far, far better things ahead than any we leave behind.” – C.S. Lewis

The British novelist and poet, C.S. Lewis, best known for the fantasy series, The Chronicles of Narnia and fictional work about Christianity, also suffered from depression. His depression was believed to have started while he was recovering from injuries and the loss of colleagues during the first World War.

Consider the following quote from Lewis’ book A Grief Observed.

"Meanwhile, where is God? When you are happy, so happy that you have no sense of needing Him. If you remember yourself and turn to Him with gratitude and praise, you will be — or so it feels — welcomed with open arms. But go to Him when your need is

"But go to Him when your need is desperate, when all other help is vain, and what do you find? A door slammed in your face and a sound of bolting and double bolting on the inside. After that, silence. You may as well turn away. The longer you wait, the more emphatic the silence will become." 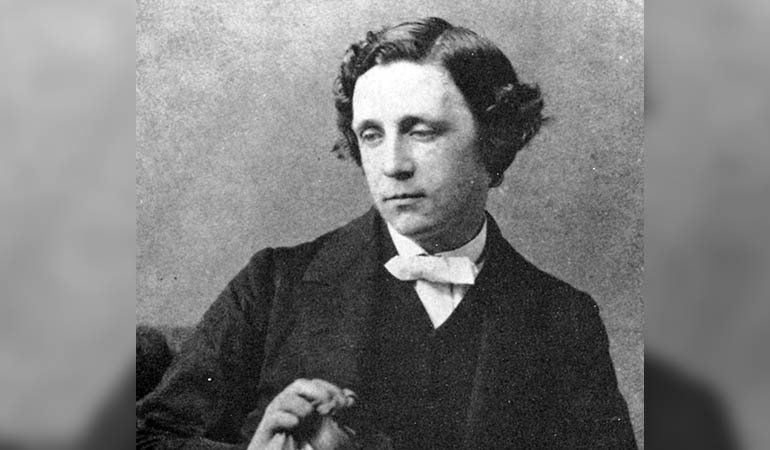 “I'm not strange, weird, off, nor crazy, my reality is just different from yours.” – Lewis Carroll

The beloved author is believed to have suffered from depression, and his darker mood seems to be evident in his 1871 sequel to Alice in Wonderland, Through the Looking-Glass and What Alice Found There. 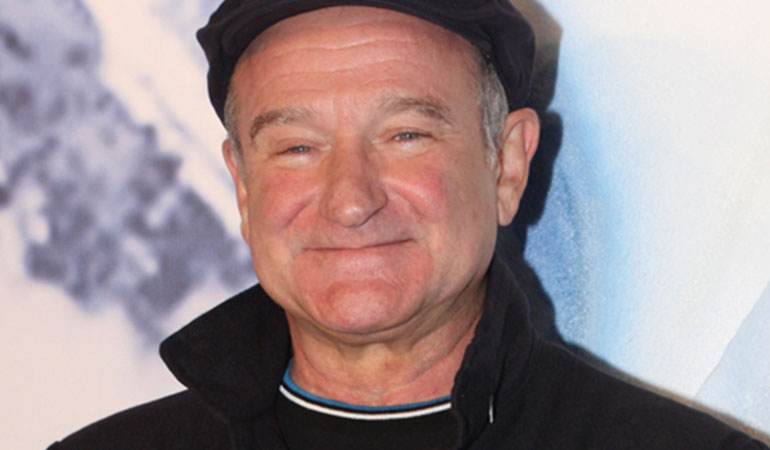 “Like so many things, it is not what is outside, but what is inside that counts.” – Robin Williams

When the late comedian and actor, Robin Williams, committed suicide, most people – even those closest to him – didn’t know the extent of his depression. Since his death, his daughter, Zelda, has become an advocate for mental health awareness. 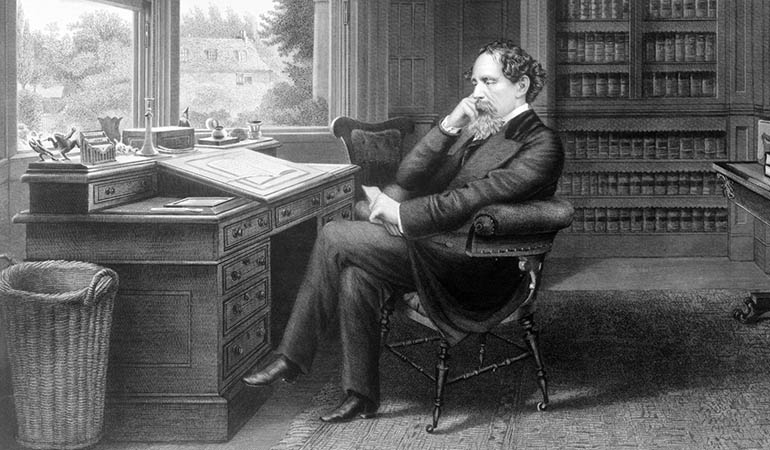 “Reflect upon your present blessings -- of which every man has many -- not on your past misfortunes, of which all men have some.” ― Charles Dickens, A Christmas Carol

Charles Dickens was once the most famous authors in the world. Not only that, he was rich and had it all.

But Mr. Dickens also suffered from depression that only lessened when he threw himself into a new writing project. His depressed moods brought with it my great pieces of literature that are still popular today. 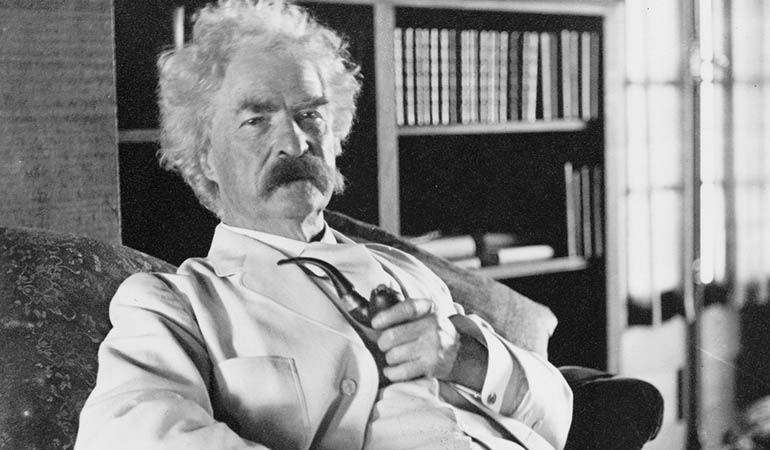 “The secret of getting ahead is getting started.” – Mark Twain

Mark Twain also lived with a lot of family drama, including his wife’s epilepsy and his daughter getting sent to live away from him due to health issues of her own, so it is no wonder the great literary mind was depressed. 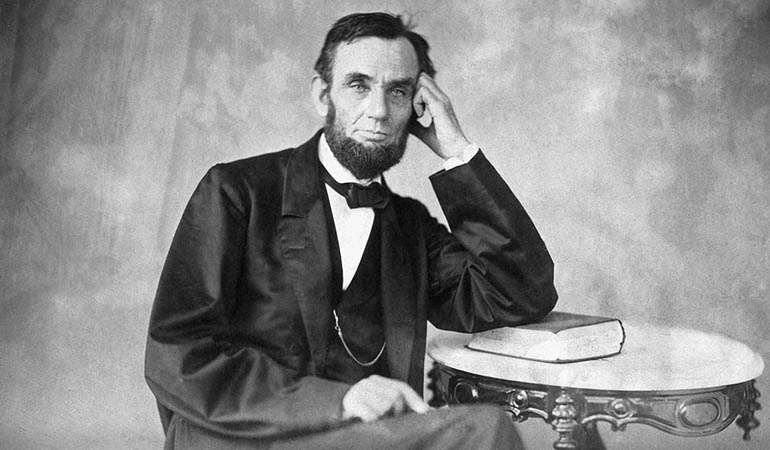 “It often requires more courage to dare to do right than to fear to do wrong.” – Abraham Lincoln

America’s 16th president was known for his somber mood, but his depression was probably the result of losing his first love and his two young sons. Depression shaped many of the choices Mr. Lincoln made as President and considering many of them changed the United States for the better; he did well for someone living with a mood disorder.

Mary Todd Lincoln also suffered from depression, and she was often criticized for her unpredictable moods. People were cruel, not realizing the toll of losing her two young sons took on her.

Her depression worsened after her husband was assassinated and another son died. She was later hospitalized and attempted suicide. 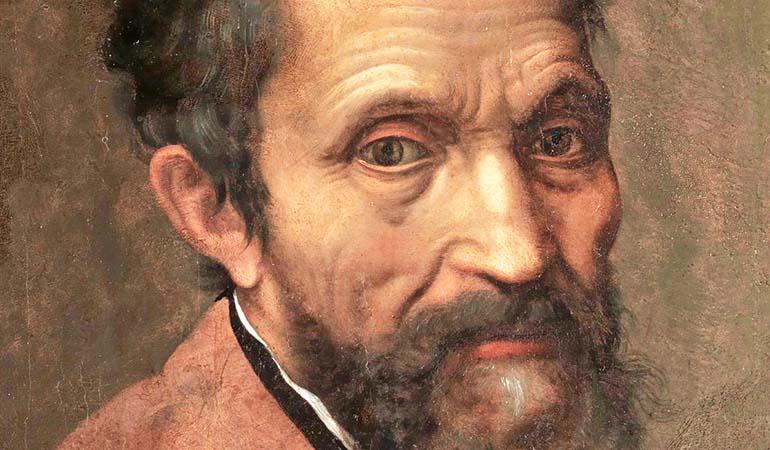 “Your greatness is measured by your horizons.” – Michelangelo

Michelangelo was famous for sculpting the statute of David and painting the ceiling of the Sistine Chapel (residence of the Pope in Vatican City). He also suffered from depression that worsened in his old age, when he became a loner and even burned many of his past paintings. 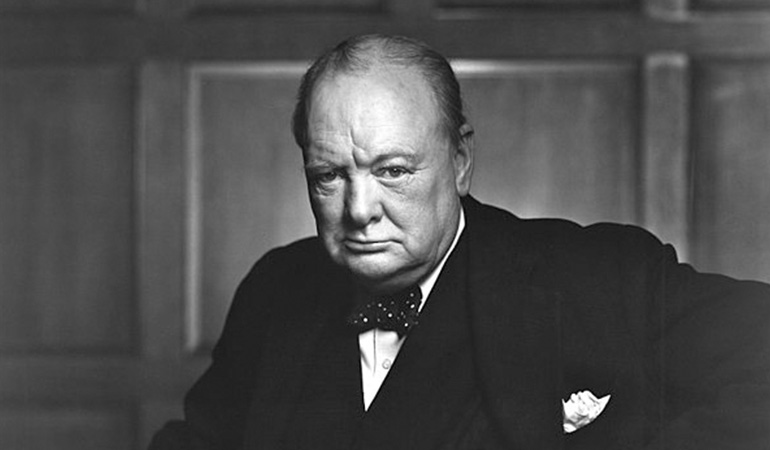 Once the Prime Minister of the United Kingdom and probably the greatest prime minister of all time, Winston Churchill, lived with bouts of depression most of his life.

Despite his mood disorder, which he called his “black dog,” he managed to lead his country and its allies against Nazism, win the 1953 Nobel Prize in Literature, becoming the first of only eight people to be made an honorary citizen of the United States, and did so much more. 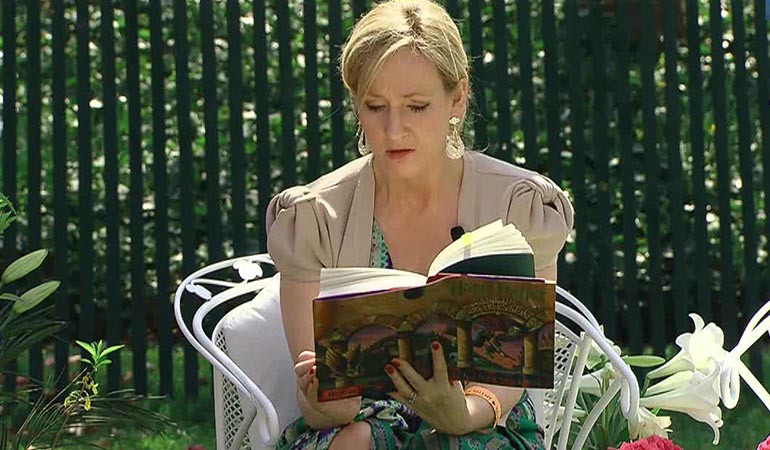 “You will never truly know yourself, or the strength of your relationships, until both have been tested by adversity. Such knowledge is a true gift, for all that it is painfully won, and it has been worth more than any qualification I ever earned." – J.K. Rowlings

The “Harry Potter” creator has openly discussed her struggles with depression and has been responsive and supportive to fans who have asked for advice on living with and managing depression. Here is one of her very candid quotes about living with depression:

“I have never been remotely ashamed of having been depressed. Never. What’s there to be ashamed of? I went through a really tough time and I am quite proud that I got out of that.” — J.K. Rowling 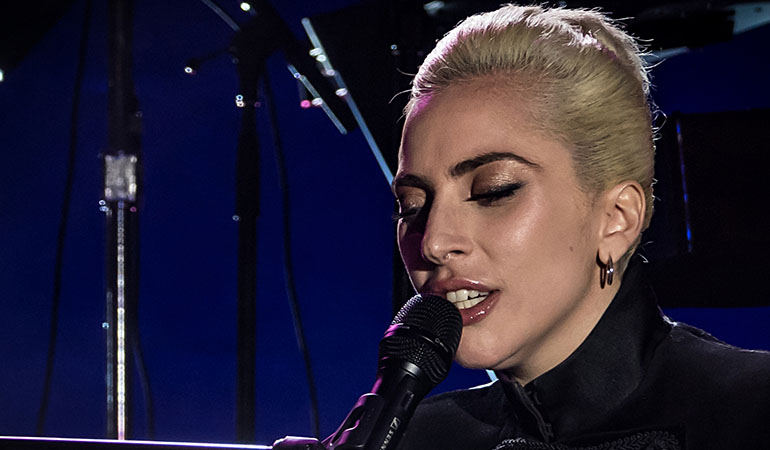 “I remember watching the mascara tears flood the ivories and I thought, ‘It's OK to be sad.’ I've been trained to love my darkness.” – Lady Gaga

Lady Gaga has open about her struggles with anxiety and depression, which she has suffered from most of her life. Depression has also led her to suffer from chronic pain, something she has shared about openly in her new Netflix documentary, “Gaga: Five Foot Two.” 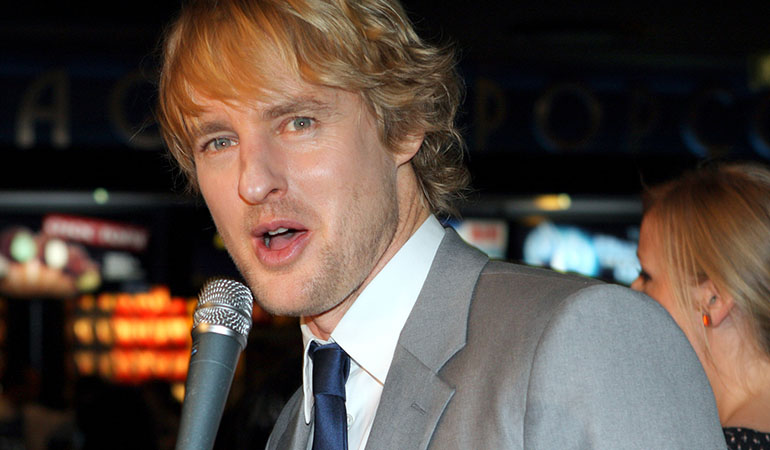 “I think of myself as a doom person. I'm a worrier. But I like the idea of being an optimist. Maybe I'm the kind of optimist who deep down knows it's not going to work.” – Owen Wilson

His 2007 suicide attempt was a shock to many, even those closest to him, but Owen Wilson managed to bounce back. At the time, however, he was dealing with addiction and relationship problems. 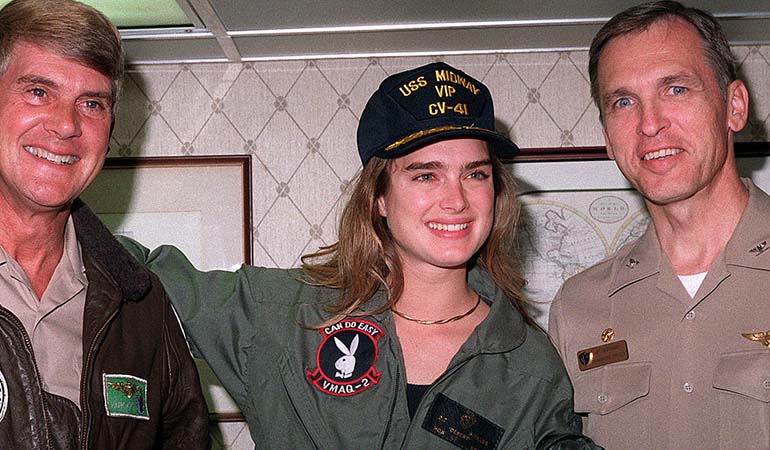 “Don't waste a minute not being happy. If one window closes, run to the next window- or break down a door.” – Brooke Shields

Model and actress, Brooke Shields, was one of the first celebrities to speak about postpartum depression.

After giving birth to her daughter in 2001, she found herself staring out the window of her 4th-floor apartment in Manhattan thinking about putting an end to it all, which she wrote about in her 2005 book, Down Came the Rain: My Journey Through Postpartum Depression.

You May Also Like:Tips for Coping With School-Related Depression
Related Search Topics (Ads): 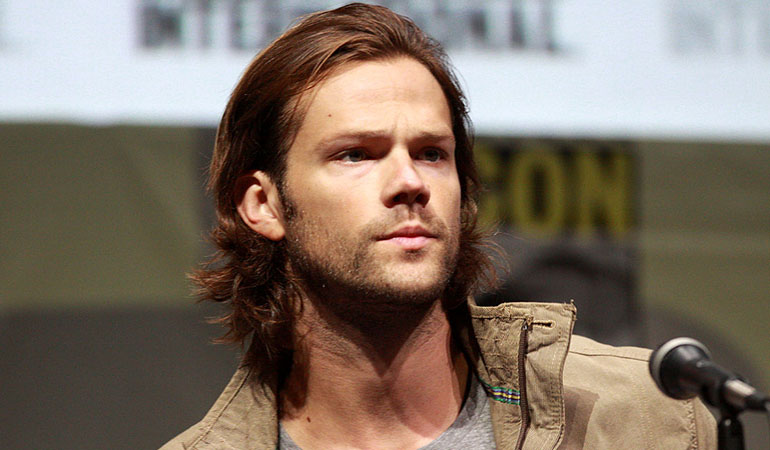 The 35-year-old Supernatural star and American actor, Jared Padalecki, revealed he dealt with clinical depression in 2015. He has since led a charitable effort to raise awareness about depression and other mental health issues.