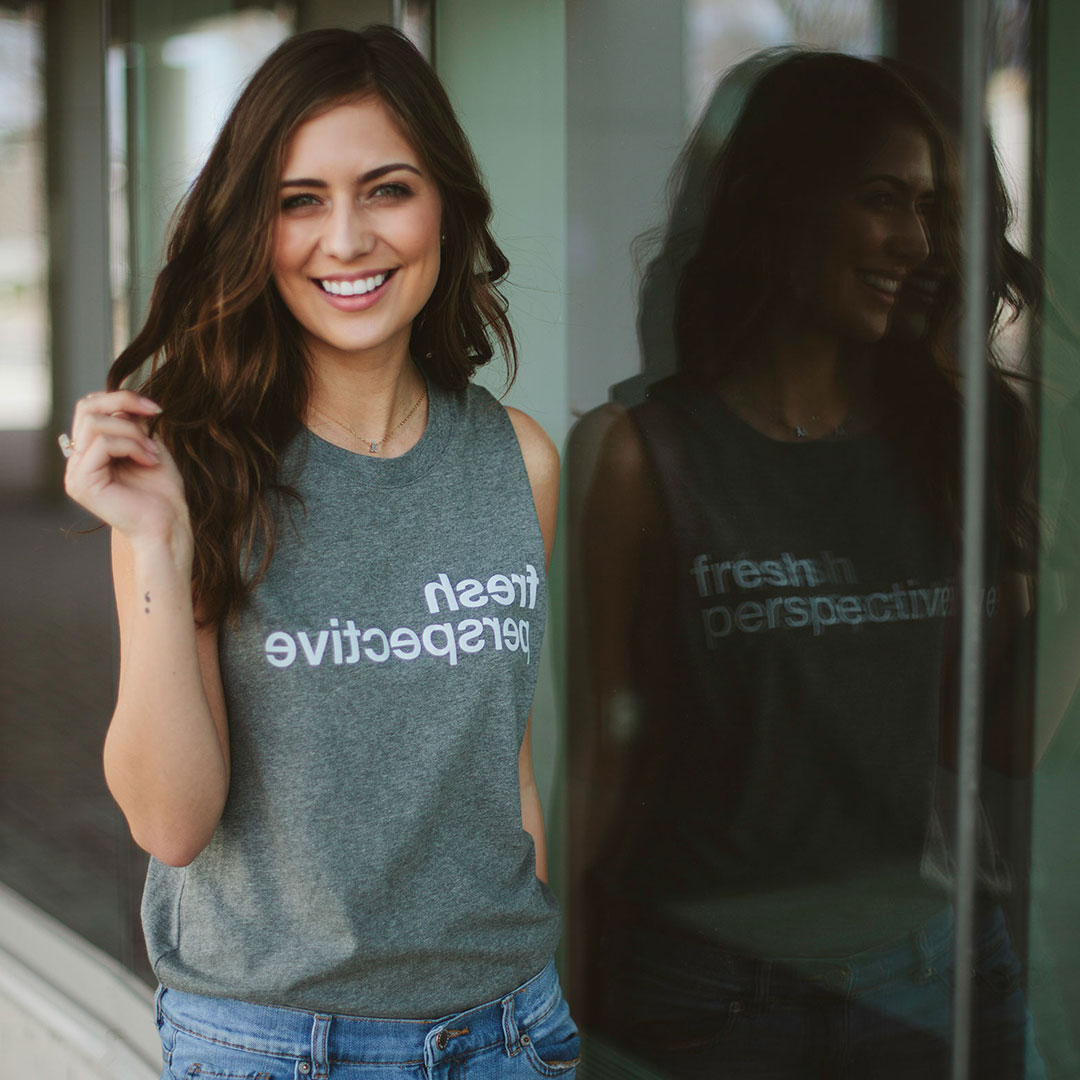 Fact: 10% of profits are donated to mental health initiatives

In the past, Kayley Reed kept her struggles with depression and an eating disorder to herself.

“It was something that I didn’t really talk about with anybody in my life, I didn’t tell my family or my friends.

“I really just had this big self stigma around what I was going through and what I thought the perception would be if I opened up about what I was dealing with.”

Now, Kayley’s mission is to break down this stigma surrounding mental illness — and she’s doing it with fashion.

In her last year of university, Kayley took an internship at a mental health organization where she met Kyle MacNevin, a fellow intern. Kyle was extremely open about his experiences with generalized anxiety disorder and ADHD, and helped Kayley to realize she wasn’t alone.

“That’s one of the things that mental illness does, it creates this fog over you and it kind of convinces you that you’re isolated in what you’re going through, when really you’re not,” she told NewLifeOutlook.

The duo began to brainstorm different concepts for raising awareness and getting people talking about mental health and illness. Both fashion lovers, they came up the idea of a clothing line.

“We very naively started this project as a side project in school and over the next few months got support and mentorship and funding to build what is now Wear Your Label."

The fashion brand designs t-shirts and other apparel featuring slogans like, “Sad but rad,” “Anxious but courageous,” and “It’s okay not to be okay,” with the aim of encouraging conversations about topics like depression, anxiety, and self-care.

Where did the name Wear Your Label come from?

Labels are seen as such a negative thing, and I think that kind of perpetuates the stigma further, because we’re not talking about these labels. These ‘labels’ are real mental illnesses, they’re real diagnoses, they’re real symptoms, and so if we are shying away from words like 'eating disorder' or 'depressed' or 'anxiety,' it’s really just going to perpetuate that stigma further. So the reason we chose the name Wear Your Label was this idea that instead of shying away from our labels and these things that are part of us — but not all of us — we’re going to take ownership over them and really just own whatever we might be going through, and know that it doesn’t define who you are.

Ten percent of Wear Your Label’s profits are donated to mental health initiatives, and the company partners with various mental health organizations.

Included in every online order is a handwritten note of encouragement. The Wear Your Label team used to write these themselves, but as the company grew this was no longer feasible.

“We wanted to continue that connection with people but put it in the hands of our community, and so we created With Love as a way for organizations and schools to host letter writing parties and encourage people to write positive letters and stories of hope for a stranger somewhere in the world.”

“Mental illness convinces you that you’re isolated in what you’re going through, when really you’re not.”

And the models you see on Wear Your Label’s website aren’t your typical fashion models. They’re “role models” — “real people who are brave enough to wear their label.” Role models don’t need to be a certain height or weight. The application just requires that you share your mental health story and why it’s important to you to raise awareness around mental health.

Engaging with the community in these and other ways is hugely important to Kayley — just as if not more important than selling the clothing.

“The product is kind of never at the forefront of our work ... fashion has always been the secondary piece.” 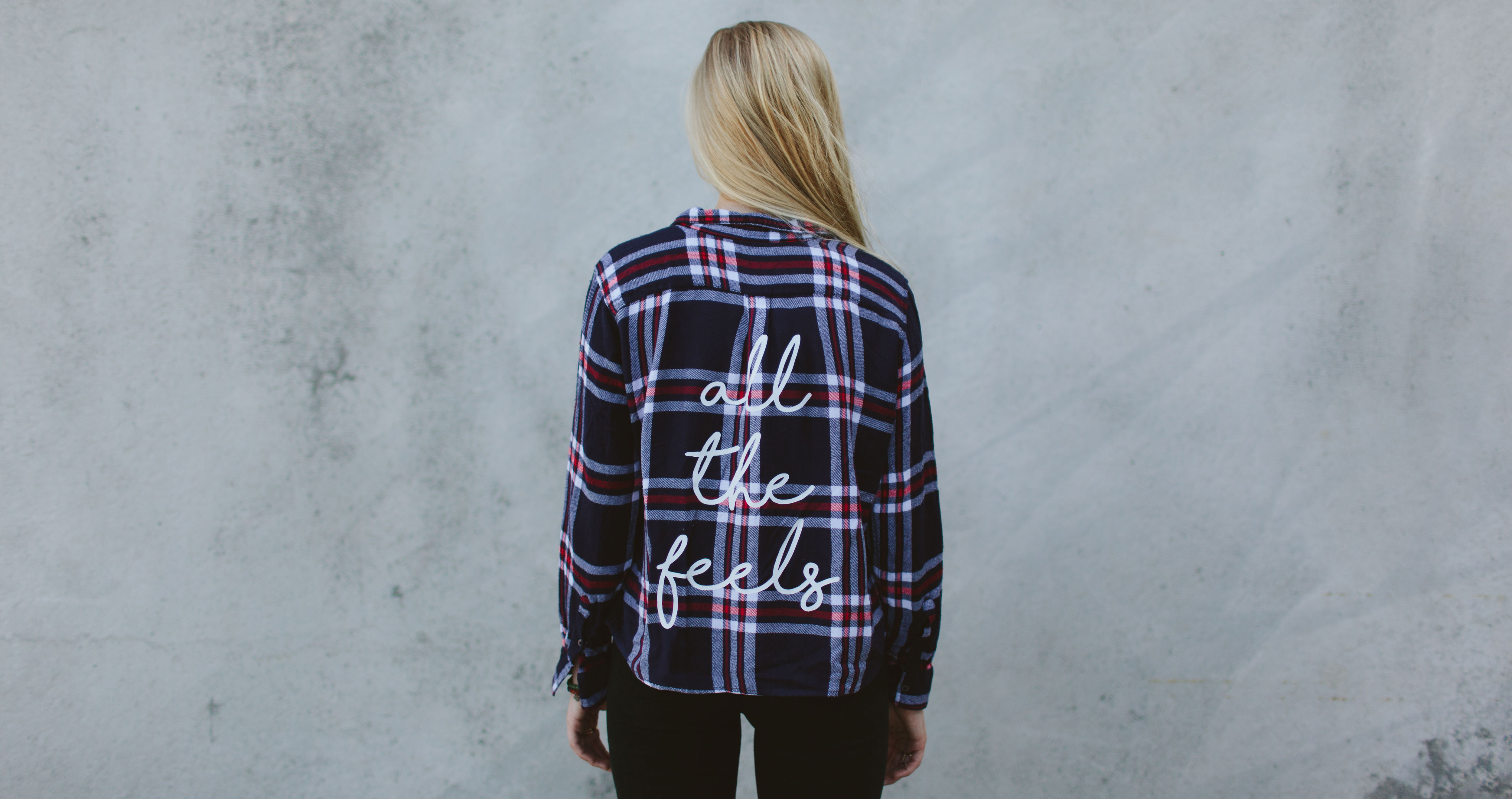 Two years after the launch of Wear Your Label, Kayley says while running a business is incredibly stressful, it has produced a wonderful community of supportive people who “get it,” and have helped her towards her mental health recovery.

One of the Wear Your Label t-shirt slogans reads, “Stigma still exists.” According to Kayley, there are several reasons why the subject of mental illness is still taboo.

“It’s for the most part an invisible illness, and so it’s something that I think is really difficult for people who don’t have that experience to understand,” she says.

When you break your arm you get a cast, and it’s kind of like a symbol to the world that you are hurt. There’s nothing like that for mental illness so it's on the individual to reach out and say, ‘You know what, I’m hurt and I need help,’ or ‘I’m hurt but I’m healing.’

And so when you’re living with a mental illness it can be really difficult to talk about it, and scary to reach out for help.

Research into the timeframe between the onset of a mental disorder and receiving treatment for that disorder has shown many people go without help for years, sometimes even decades.

“It’s something that I think is really difficult for people who don’t have that experience to understand.”

“When you break your arm you get a cast, and it’s kind of like a symbol to the world that you are hurt but you’re healing,” Kayley says.

“There’s no real symbolic thing like that for mental illness so the onus is really on the individual to reach out and say, ‘You know what, I’m hurt and I need help,’ or ‘I’m hurt but I’m healing.’

“So in a way we’ve kind of tried to emulate that with Wear Your Label, creating a little bit of visibility around something that is invisible.”

As long as we shy away from these conversations surrounding mental health and illness the stigma will persist, Kayley says, but she is encouraged by the feedback she receives from the Wear Your Label community.

What did it feel like when Buzzfeed and other major websites started writing about your project?

It was kind of an absolute dream and a nightmare at the same time. It would be any start-up’s dream to get that kind of exposure, that kind of press, and it was something we really weren’t expecting. At the time we were still screenprinting and sewing on the tags for every shirt by hand in our small studio in Fredericton, and we got all this press and overnight we had hundreds of back orders that we needed to fill and really no idea how we were going to actually fulfill them all. It was this really amazing opportunity where we built our social following and made all these new connections with partners all around the world that we’re now continuing to collaborate with, but it was a big wakeup call at the time because we were just a team of two and I think people ... thought we were much larger than what we were, because we were getting all this press.

The entrepreneur says hearing from customers about the conversations the brand’s clothing has helped to start is her favorite part of the job.

“Initially it was hard to see the impact because we were just so small.

“But now that we’re growing, every day we get emails or messages on Instagram or Twitter from people reaching out telling us their story.”

She has heard from people who say Wear Your Label has inspired them to talk to somebody in their life, to reach out for help, to create an advocacy program at their school, and more.

“Being able to see all those things come together ... it’s pretty amazing.

“We know that we’re just one small piece of the puzzle here, but it’s still really cool to see that happening.” 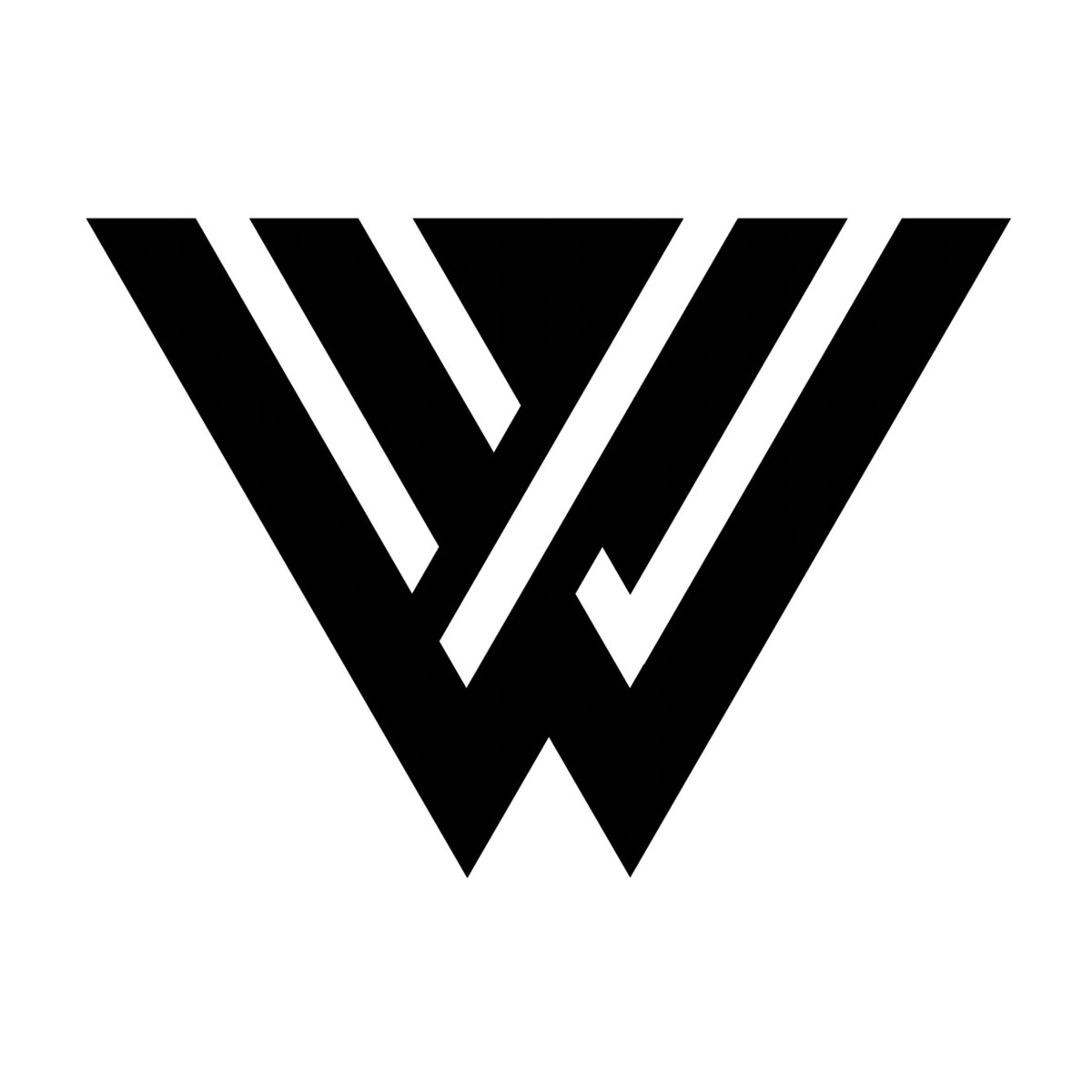 Apply to be a role model by sharing your mental health story.

Attend or apply to host a letter writing party, and have your messages of support included in Wear Your Label packages sent all over the world.

Join Wear Your Label at an event, or invite Kayley to speak at your organization or school.

When you have a chronic illness, feeling like you’re part of a community and knowing that you’re not alone in your day-to-day struggles is important.

Some voices in this community stand out as pillars of strength, always there to listen and offer words of understanding and encouragement. Their realistic but positive outlook has a way of empowering others.

NewLifeOutlook’s Community Voices project is our way of recognizing these people — and we need your help to do it.

If there’s a blogger, a tweeter, a YouTuber, a Facebook group creator or a forum moderator who inspires you to persevere in the face of chronic pain, fatigue and brain fog, we want to know about it — nominate them by contacting info@newlifeoutlook.com