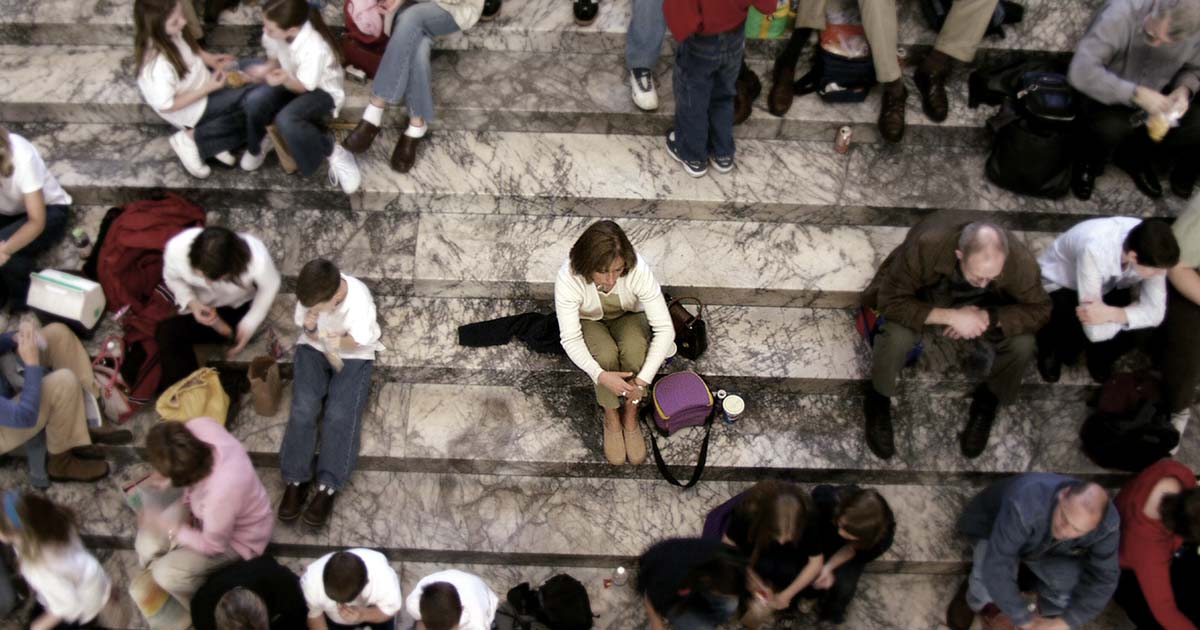 Society often has an inflexible view of what constitutes normal behavior, and depression doesn’t fit that mold. Social stigmas tend to turn into stereotypes about depressed people, such as:

Just like so many of you, I have been victim to these attitudes and stereotypes, sometimes coming from those closest to me. These views are dangerous because they can become self-perpetuating because we start to view ourselves in the way others perceive depression and that keeps us from seeking out treatment.

These views are dangerous because they can become self-perpetuating because we start to view ourselves in the way others perceive depression and that keeps us from seeking out treatment.

There are different types of stigma associated with depression. These include:

The Effect on Healing

Studies show fear of judgment deters many people from seeking treatment for depression.

One study from the Australian & New Zealand Journal of Psychiatry aimed to find out the impact that stigmatizing beliefs about depression had on seeking help for depression. What the researchers found was that self- and perceived-stigmatizing responses were present in these people’s lives, and these beliefs were associated with their reluctance to seek out help.

Many of the study participants conveyed they were embarrassed to seek out help and believed that people in their lives would have negative responses to their doing so. Some even felt mental health professionals would respond negatively to them as well.

Most people who have undergone depression treatment have reported it has helped them. But according to the Centers for Disease Control and Prevention, only a third of people with major depressive symptoms report seeing a mental professional.

Considering that 90% percent of people with severe depression report difficulty at home and work due to depression symptoms, you would think that more people would seek out help. However, having the courage to seek treatment when the messages about depression are negative is a tough thing.

The consequences of untreated depression can be scary and even fatal. Untreated depression manifests into worsening depression which is more challenging to treat, thoughts of suicide that get worse without treatment, and other medical problems, including chronic pain that has no known source.

How to Help Yourself

It is important you educate yourself on the symptoms of depression, some coping skills for depression, and not wait until they are severe to seek out help. The longer you wait, the harder depression will be to treat even with both therapy and medication.

Symptoms of depression include:

You May Also Like:Things You Shouldn’t Say to Someone Living with Depression
Related Search Topics (Ads):

If you don’t know where to start in seeking help, ask your family doctor to recommend a mental professional who can help you. Most communities and hospitals also offer free and low-cost assistance.

If you are worried about family and friends won’t be supportive, you can decide who and if you will reveal your depression too. And once you reveal you suffer from depression, you should expect that people will approach you with the stigma.

Don’t let these types of people discourage you. Focus on surrounding yourself with people who are helpful and supportive, rather than disbelieving and judgmental.

Try to stay positive and knowledgeable about your condition. As some who lived with depression and struggled with the stigma surrounding it, I can tell you that it is possible to function and enjoy life despite depression but you have to seek out help.