Why You Just Can’t Shake Off Depression 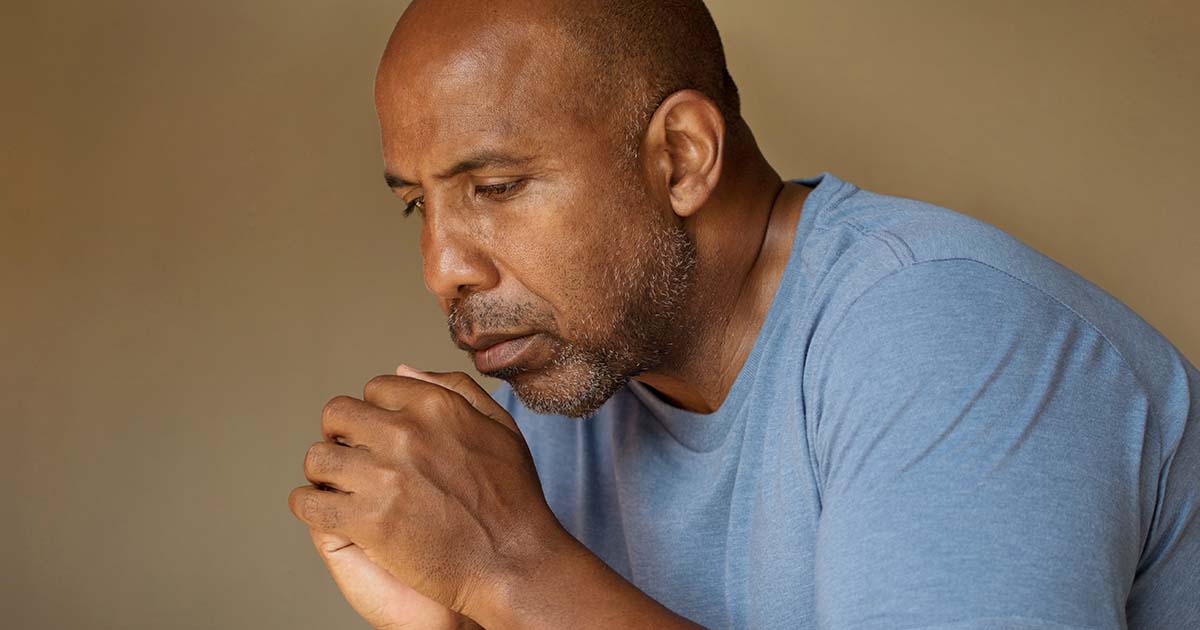 How Long Does a Depressive Episode Last?

There was a time when the consensus about depression involved telling people to “just get over it” or that it’s “all in your head.” Today, researchers and doctors know depression is a genuine condition that affects moods, emotions, and goes deeper than just feeling sad.

Depression brings the strongest person down to their knees and affects virtually every aspect of your life. Moreover, coping with depression without medical help is difficult, and most doctors warn you against doing this.

Some people are lucky and only experience depression once in their lives. Others will have some sporadic and short-lived reoccurrences, and there are others who will battle depression for their entire lives.

Depression can strike anyone regardless of their age, race, or financial status. Proper diagnosis and treatment play a key role in recovery, coping, and good outcomes.

Clinical depression is different and more severe than depression caused by a life event, such as the death of a loved one or other loss. That is not to say these events can’t eventually lead to clinical depression, but for most people, they are short-lived and less severe.

When diagnosing clinical depression, doctors rely on the criteria defined in the Diagnostic and Statistical Manual of Mental Disorders (DSM-5), a publication of the American Psychiatric Association. The DSM-5 criteria allow doctors to make a diagnosis of clinical depression based on a set of symptoms severe enough to cause problems in relationships and that affect daily life, which includes your job, school, and social life.

According to the National Institutes of Mental Health, in 2015, an estimated 16.1 million adults in the United States had at least one episode of clinical depression.

Clinical depression affects both adults and children. For many people, it can improve with antidepressant medication, psychological counseling or a combination of both.

What It Feels Like to Have a Depressive Episode: It Can Linger or Return

For most people, depression is a temporary thing and passes once feelings are expressed and resolved, either with medication, therapy or by addressing underlying causes. But depression doesn’t go away for everyone.

For those whose depression is recurrent, it is still possible for them to manage feelings, take care of themselves physically and emotionally, take medication and have good lives, all while managing depression. They may have periods where they feel good, feel less bad, or where they are falling apart emotionally.

You May Also Like:Coping With Depression and Self-Harm
See Also:

For these people, depression never really goes away. Whether depression sticks around or not, it needs to be treated.

The fundamental goal of depression treatment is to secure a long-term positive outcome, and not just the treat symptoms for a short time. This does not mean that once depression is resolved, you won’t ever feel sad or depressed again; it means depression does not have to control your life.

Does Depression Ever Go Away On Its Own?

Most depressed people recover, without or without treatment, because it is the nature of the disease. Depression comes and goes.

And yes, some people recover from depression on their own without talk therapy and/or medication. The people who do recover quickly and without medical help likely do so because they are less depressed.

Does Depression Ever Go Away On Its Own?

Some of the patients in the Netherlands study sought treatments, and some did not. What the researchers found was most of the patients had recovered either completely or were experiencing few depressive symptoms, after three months, regardless of the treatment they did or did not receive.

Depression Is Related to Underlying Factors

The bottom line is depression – at its core – is related to underlying factors, which need to be addressed for it to go away.

Doing proactive things, such as taking medications prescribed by your doctor, exercising, eating healthy, being social and expressing emotions in healthy ways, can reduce the intensity of depression and eventually, these symptoms may resolve.

And if your depression is related to specific situations, such as a stressful job or a troubling relationship, removing those factors from your life may also help in resolving depressive symptoms.

But depression does not just disappear on its own without serious effort or changes. In other words, you cannot just shake it off.

Recovery from severe depression requires a whole lot of willpower and effort. That is where the support of loved ones and a therapist is necessary and valuable to managing symptoms and hopefully, putting an end to them for good.

How Do You Help Yourself?

Recovery from depression can be a long process. You have a variety of treatment options for depression, but it will take time to notice some effect.

Depression is not something you can shake off, and it won’t go away on its own. Untreated depression only gets worse with time.

Once you take the steps to get help, there is a good chance you will recover. But remember, recovery involves making changes, following through on treatment, and getting the necessary support so it doesn’t return or becomes easier to manage should it come back.