Depression Brain Fog and How to Cope 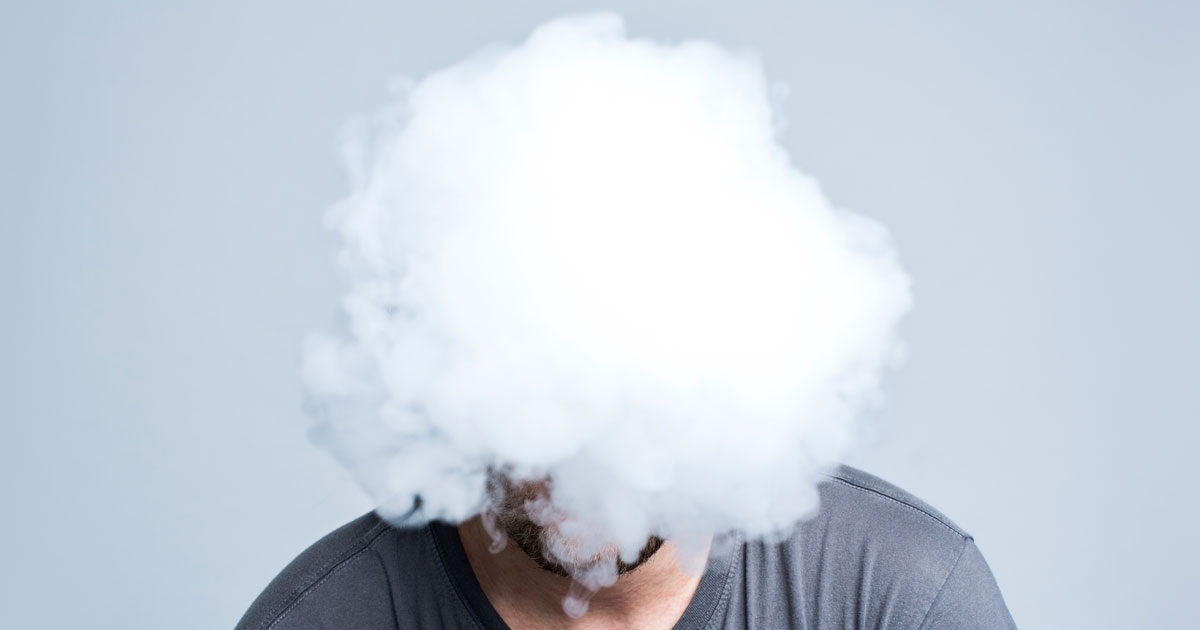 What Is Depression Brain Fog?

Poor concentration is a fairly common symptom of depression, but depression brain fog is so much more than that. While it may not be a proper medical term, it is beginning to be widely recognized. Brain fog is a term that loosely sums up:

Combining these symptoms can leave you feeling helpless, like you’re stumbling through the fog.

Since brain fog is a general term for a number of symptoms combined, it could be caused by many different things. Temporary or minor brain fog could be a result of lack of sleep, hunger, dehydration or vitamin deficiencies. Brain fog can also be associated with menopause, certain medications, chemotherapy and substance abuse.

Brain fog — or a ‘foggy head’ — is common among many different chronic illnesses as well such as fibromyalgia, lupus, diabetes and multiple sclerosis, as well as mental illnesses such as ADHD and you guessed it… depression.

My Experience With Brain Fog

The first time I experienced depression brain fog I wasn’t sure what was happening. I had started sarcastically leaving notes for myself knowing I would forget to do something the second I’d left the room, I was stumbling over my words or would completely forget what I was saying altogether and just blamed it on being tired.

I was having trouble remembering little mundane or routine things and was finding myself overwhelmed by things that I would normally be able to manage. Day-to-day tasks that were a part of my regular routine, both personally and professionally, had started to slip through the cracks. Aside from the occasional trouble concentrating I had never experienced brain fog before this.

Frustrating is a common word to describe it; frightening, worrisome, and disconcerting are others, especially when you’re unaware of what’s happening or don’t understand why. Infuriating sounds about right because I knew this wasn’t me; the girl with the photographic memory who is organized and on the ball.

I believed I had my depression under control and thought there was no way these issues could have anything to do with my mental health. But after taking my concerns to my doctor and doing some research I discovered that brain fog is commonly found in those with depression. Gotta love new symptoms!

The upside is that I’ve found something new to share with others and it forced me to become organized consistently rather than just when I felt was necessary because you never know when things can change!

What You Can Do to Manage Depression Brain Fog

There are several things that can help you cope with brain fog; it won’t fix it unfortunately but it may help you to keep on track despite your symptoms.

You May Also Like:Recognizing and Treating Depression in Children
Related Search Topics (Ads):

Write down important conversation points, appointments or lists somewhere you’ll see them. Try to make sure all your notes and lists are in one place so that you’re not adding to the confusion. Keeping a little journal with you or making a note in your phone will help you keep track.

Sometimes it’s not enough to make a note, especially for appointments, events, or if something needs completely in a timely manner. Most smartphones allow you to set timers, reminders and events through a variety of apps just in case it slips your mind.

Don’t add to your brain fog and state of confusion by trying to sift through a disorganized space. Do what you can to keep things tidy, properly labeled, and in a sensible area. Not only will this save you time when you’re trying to find a certain document or household item, but it will help ease some of your stress. A clean and organized space is much more calming than chaos.

Next page: what you can do to avoid depression brain fog.