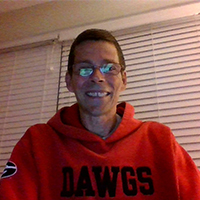 What were the steps leading up to your diagnosis?

I started seeing psychiatrists in the third grade through high school. From the time I can remember, I always felt sad and alone, needed attention, had problems with anger and controlling it, and unable to fit in with my peers.

At the age of 14, I started thinking about death every day. Never have been able to connect socially, and when I tried – I seemed to stick out like a sore thumb – making me the target of jokes and ridicule.

From the eighth grade and through high school, I was a victim of bullying. Girls would say mean things to me, and I was spit on and hit by other kids almost every day on the school bus while others would watch and eventually join in. There were times in gym class where the bigger kids would grab me and hang me up on the wall by my shorts. All this bullying drove me to bite myself and to hit myself in the face until it was either red or swollen.

My parents were not aware of the bullying until I told them about it. I later told my mom that I was going to kill myself. It was around this point that I received a major depressive disorder diagnosis. I started to take medications and went to intense therapy sessions. The treatment plan for my depression did help for a time, but it was short-lived.

Eventually, the bullying from other kids became worse, and I started fighting back and getting suspended from school because of my reactions. During that time, I told my mom I was dropping out with six months to go before graduation, but she convinced me to stick with it, and I did and graduated.

In my last year of high school, I had started smoking cigarettes and marijuana in twelfth grade and thought I had found the answer. About one year after leaving high school, I started using cocaine and became quickly addicted. I did not discover 12 step meetings until my late-20s and struggled off and on for another 25 years. I lost so much and missed out on so much in life because of addiction.

Put one foot in front of the other and push through.

Who has been there for you? How?

My mom and dad. They always have cared for and given me every opportunity to have a good life. Throughout all this, I never doubted their love for me. As a child they made me feel loved and that I mattered. They have never given up on me.

There is also my best friend David, who I met in 2010 at a meeting. He always listens and encourages me. He has shown me by his actions and examples of what a true friend is. It's unconditional.

My brothers have supported me as well, although they haven't always "understood." It's because they don't walk in my shoes.

What lifestyle changes have you needed to make?

I had to change everything. For example, I had to change the way I thought, I had to become aware of my triggers, and find people in recovery and cultivate healthy friendships and relationships.

I found God. It was then that I realized God's grace was so good in my life, and my relationship started to grow ever so slowly with him. I began to find gratitude in everything, no matter what the circumstances or situation. For years, I heard all the clichés and sayings in the rooms of recovery, and it took many years for any of it to begin to make sense.

Lastly, understanding I am the problem took me so long. What I mean by that is for years I gave others power over me. I let people, places, and things determine my worth and well-being. I had the power all along even through my severe depression, addiction, and anxiety.

What accomplishment are you proud of?

I have been, for the most part, self-supporting and gone to work every day – with the exception of about six months over 37 years throughout all this.

God knows it's so hard to walk out the door on many days, but I have done it. Never losing hope, and never giving up.

What's your advice to someone else living with depression?

Just don't give up. On some days, all one can do is literally put one foot in front of the other and push through – one day at a time.

Just don't give up.

Is there anything else we should know?

I have a form of autism called Asperger's. I have always been way behind. What takes others one week to learn and grasp; it takes me a lot longer.

I am still very socially awkward. I notice for others, socializing seems to come naturally, but it wears me out. So I tend to stay at home where it's the most comfortable place for me.

The only problem with spending too much time alone is my head gives me bad advice and lies to me. I need others to keep me grounded and in touch with reality, give me different perspectives on anything that may be troubling me. It's always been a challenge allowing others to get close with me which I think is the result of trauma and bullying. Yes, at age 53, it still haunts me, and almost shuts me down some days. 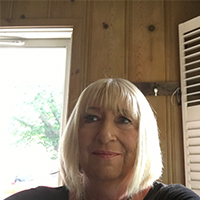 Carol Christopher
"I have learned that I am a part of this great universe."
Read Carol's Story
Ashley Peterson 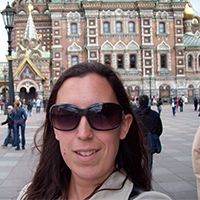 Ashley Peterson
"Everyone's recovery journey is unique, and there is so much that you can learn from both self-reflection and hearing other people's stories. Take wh..."
Read Ashley's Story
Humayoon Sial 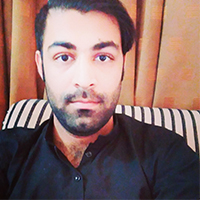 Humayoon Sial
"Depression is an illness. Don't think that you are the only person in the world with this illness."
Read Humayoon's Story
See All Stories